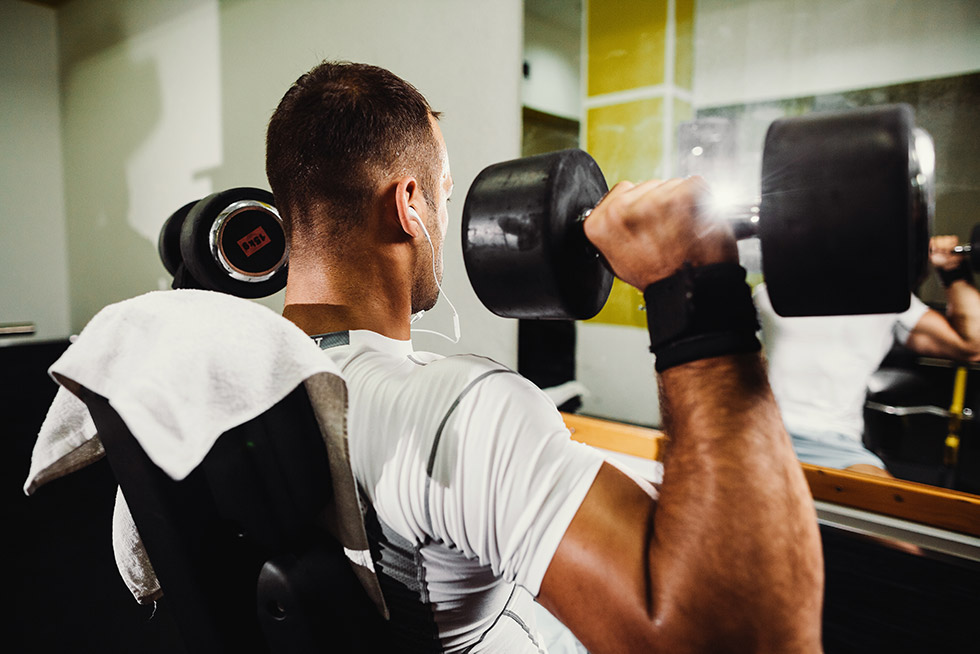 Ok, so you want solid, swole muscle with jacked levels of testosterone (and who doesn’t?) But how far would you go to get it? Would you be willing to use a dangerous compound called Equipoise, usually used on cows and horses, for instance?

It’s hardly the most glamorous way to achieve a shredded physique, is it? And when you use Equipoise, commonly referred to as ‘EQ steroid’, you’re taking a compound meant to improve lean muscle mass in animals, not humans.

Let’s take a look at how this compound went from celebrated to banned, the side effects of Equipoise, and a natural alternative which will help you get similar results, without taking drugs for farm animals.

Equipoise (EQ) has been known by several names over the years, including Ganabol, Ultragan, and most famously, Boldenone Undecylenate, or ‘Boldenone’ for short.

EQ was thought to be a longer-lasting equivalent to Dianabol (one of the most famous steroids in the industry), so naturally, you can see why it gained interest in the bodybuilding community.

Originally developed as a veterinary drug to help improve appetite and lean muscle mass in racehorses, Equipoise was marketed as Boldenone and approved for human consumption during the 60s. At the time users reported a good bulking effect, although granted, it was nothing like you see today with the mass monsters on the Mr Olympia stage. As an added bonus, there was limited water retention, allowing users to avoid that classic bloated look.

Boldenone may have been banned in the 70s, but Equipoise (the veterinary steroid) is still readily available to this day.

An Equipoise cycle usually lasts for 12 weeks and the Equipoise dosage ranges from 200 to 600 mg per week. There are several Equipoise side effects, and the higher the dose, the more severe the symptoms.

Let’s review the top five side effects of the EQ steroid right here.

Equipoise is both an anabolic and androgenic steroid. Anabolic properties relate to the size and shape of your muscle mass. Androgenic refers to the male characteristics that are common during puberty, especially oily skin and acne.

One of the most common side effects of Equipoise is an increase in skin oil production, all too often accompanied by breakouts. Most users complain about acne on the face and back. Since the breakouts are being caused by an increase in androgenic compounds, face wash won’t help. Good luck scoring that date.

The irony of using Equipoise to artificially increase testosterone is that during and after your cycle, your natural testosterone production is dramatically decreased. Don’t take my word for it. There are several studies – not to mention countless discussions by bodybuilders on forums that demonstrate just how many Equipoise users struggle with testosterone suppression.

In one animal-based study, researchers confirmed that injecting male rabbits with EQ caused significant reproductive damage, most notably testosterone suppression. In another animal study, not only was testosterone suppressed but levels of estradiol (an estrogen compound), increased.

What about humans? Sorry guys, here’s the bad news. Male users of Equipoise were found to have lower levels of serum leptin concentration. Researchers noted that after only one injection, testosterone levels dramatically dropped.

Low testosterone can lead to several other equally unpleasant side effects including depression, muscle loss, and…

Users of Equipoise really aren’t doing their sex lives any favors. Due to the testosterone suppression and estrogen dominance that occurs, men can really begin to struggle in this department.

Using the EQ steroid can destroy your libido. With your testosterone levels so low, you won’t be getting in the mood anytime soon.

Couple this with the fact that guys on Equipoise are known to develop Gynecomastia (better known as man boobs), and you’ll see why your confidence in getting your kit off is about to take a dramatic nosedive. I don’t think this was the kind of increase in chest size you had in mind when you made that training plan, was it?

As if that’s not bad enough, studies show that your testicles can actually shrink while using Equipoise. Not only is this embarrassing, it can also reduce your chances of having kids. Sorry to say it, but your sperm count will never be the same again once you’ve taken EQ.

Here’s one for the ladies. Equipoise is very well known to cause virilization. This is when women begin to develop characteristics and traits that should really only be occurring in men. For example, you might find it easier to build muscle mass, but you’ll also notice hair in new places – such as your face. And nobody wants to be a bearded lady, right?

To top it off, women taking Equipoise may also experience a deeper voice, increased aggression, and loss of feminine features. Many women also report losing their feminine curves too.

And finally, a side effect of Equipoise that both sexes can be afraid of: organ damage.

You’ve no doubt heard rumors about how your kidneys and liver take the hit when you use androgenic steroids, and they shouldn’t be ignored. One animal-based study showed that male rabbits injected with Equipoise had signs of renal (kidney) and hepatic (liver) damage.

Same goes for humans. A study published in the Journal of Sports Medicine and Physical Fitness confirmed that using EQ steroid injections altered the size, shape, and function of the kidneys in bodybuilders.

Seriously, you need your organs. Don’t risk killing them by taking illegal steroids.

Equipoise is for animals, not humans. Using it is going to result in some pretty unwelcome side effects. Why put your body through that level of punishment just to bulk up? You can have your muscle and keep your health on track too with D-Bal.

Be Stronger Than Ever

Supercharge your workouts with some of Sportactueel powerful strength supplements. Enhance your performance and maximize your stamina to unleash the beast inside!